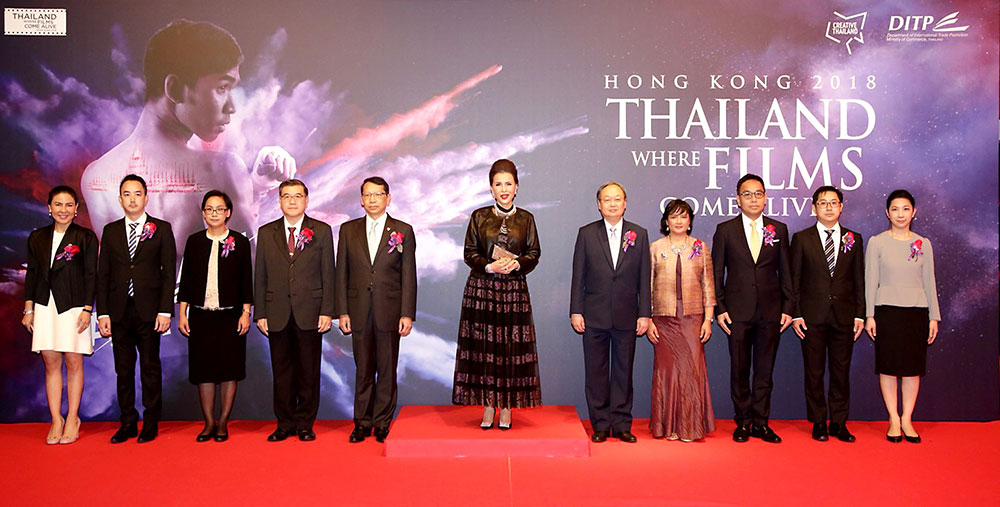 Her Royal Highness Princess Ubolratana Rajakanya Sirivadhana Barnavadi presided over Thai Night Hong Kong 2018, which was held to promote the Thai film and entertainment industry at the Hong Kong Filmart 2018 on March 21 in Hong Kong.

The event was extremely well attended by film delegates from Asia and beyond as well as representatives from 23 Thai film companies.

“The Ministry of Commerce has laid out measures to reinforce the skills of our film industry professionals, boost the export of Thai content, foster new partnerships between the public and private sector, and attract foreign investments in the entertainment sector,” said Minister of Commerce Sontirat Sontijirawong.

In 2017, more than 810 foreign film and entertainment productions chose Thailand as their shooting destination, which demonstrates the Thai film industry’s progress in attracting and collaborating with foreign productions.